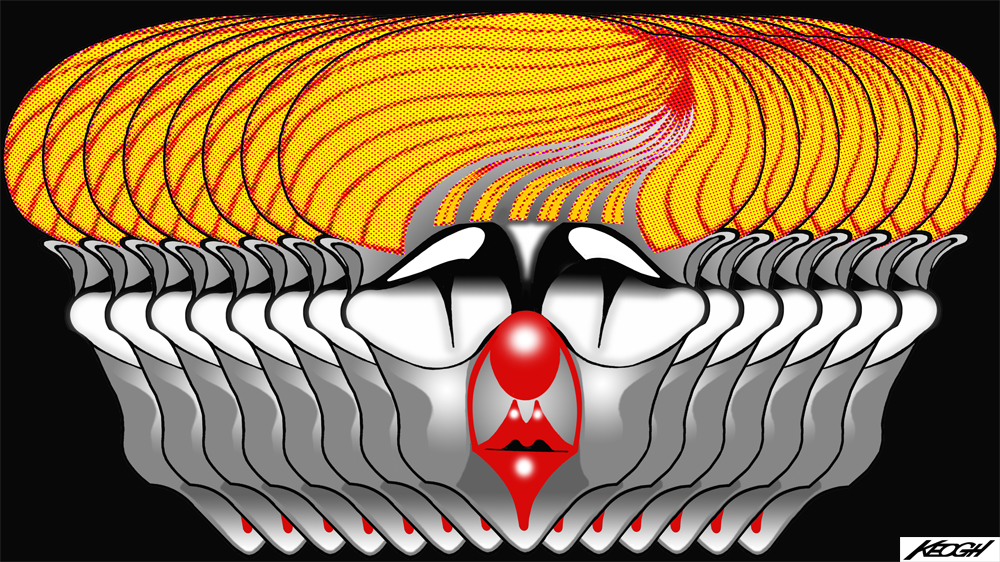 Australian Federal Police have raided the parliament house gift shop. The raid followed a call to 2UE’s whisper line by an anonymous tipster citing inside knowledge and details of a plan by a group of “face-covered Moslems” to disrupt parliament. The call was heard by Channel 9, whose film crew promptly notified the AFP, then made a beeline for Capital Hill. Sound familiar? Deja vu?

Shop manager Flossie Fairweather politely informed the heavily armed anti-terrorist squad that she had sold out of the offending face coverings. “I sold the last 60 to that charming group of young people barely 30 minutes ago. They said they were Moslem but they did not look like terrorists to me. I think they were heading for the public gallery in that big green room.”

The squad then stormed the House of Representatives gallery with the order, “Remove all face coverings immediately.”

Childish laughter erupted as the group of primary school children removed their Julie Bishop clown face masks. A spokeschild piped up, “We just wanted to have a bit of fun at your expense. We didn’t think you would have learnt any lessons from the Burqa ban debacle last October. You idiots. And by the way, we are not Moslem, not that it should matter one iota. And yes, it was me who phoned 2UE. It has been a pleasure to make a laughing stock of the AFP, the media and parliament. Kids rule! We are the future and don’t you forget it.”

Tony Abbott reacted angrily to the incident, “There will be no more benefit of the doubt for children seeking to harm Australia. We are a free and fair nation, but that doesn’t mean we should let bad children play us for mugs. Let me be quite clear about this. All children, I repeat, all children will now be treated as terror suspects.”

According to Flossie Fairweather, “Sales of the Julie Bishop clown face masks have soared. For fun-loving visitors to parliament house, to not wear a mask in the public galleries is as un-Australian as banning the burqa.”

Rumour has it that an outraged Julie Bishop approached Ms Fairweather, demanding that she withdraw all masks from sale. “Why don’t you wear one of these love. It will be a much better look for you.” came Flossie’s response. A gun-shy, red-faced and highly nervous AFP has kowtowed to Bishop’s demand that the incriminating CCTV footage be seized, archived and marked “Never to be released.”