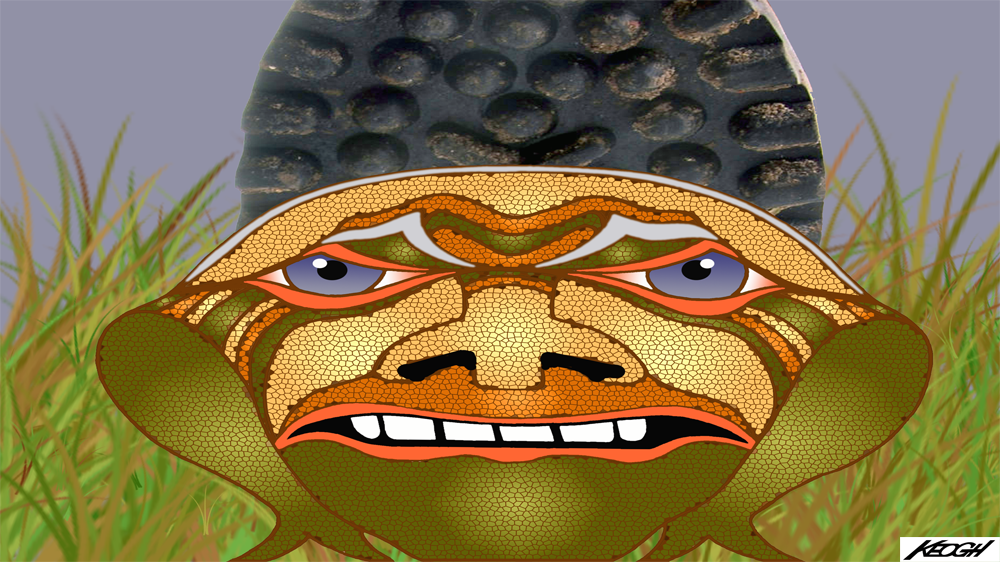 Every morning, Campbell Cane Toad awoke, headed for the bathroom and kissed himself in the mirror. He then transformed into a besuited political being with the title: Premier of Queensland.

All was going well for Campbell until the 2015 landslide election when he lost his own seat, and with it his magic spell. Alas he could be humanoid no more. He was doomed, through the sorcery of the insidious LNP Panel of Evil, to become a squelched toad, with insidious consequences for the whole state. Dubbed ‘Campbell the Martyr’ by the panel, he was destined for sacrificial notoriety. The Panel of Evil was out for revenge in the wake the LNP’s statewide drubbing.

And so, on election night, stunned Queenslanders witnessed a concession speech delivered by a dying toad.

“My political career is over. I have been squelched. I am going to croak it. However, let me say it has been an absolute privilege to wreak havoc across this wonderful state in what has been an all-consuming passion for the past three years. If you think I’m on the nose, as your vote indicates, you ain’t smelt nothin’ yet!”

And with that, Queensland was slimed. Roads and railways became impassable, airports were closed, industry ground to a halt. ‘The Sunshine State’ slid to a standstill.

Then came the stench so great that Joh Bjelke-Petersen stirred from his grave gasping in awe at the devastation. “This is evil-doing on a scale I was never able to achieve in my time as a criminal lunatic corrupt premier. Oh such glory to the power of the vendetta for which I was peerless, until Campbell came along. I feel so inspired that I sense a reincarnation coming on. Don’t you worry about that.”

Eventually, Annastacia Palaszczuk and her team of Toadbusters formed a minority government and began to clean up the mess. Imploring Queenslanders to be on alert for any fresh outbreaks, the new premier launched into song:

Queensland is now ‘The Fickle State’. Palaszczuk’s pitiful infantile chant was inexcusable. “Far worse than being slimed, that was an undignified attempt to make Queensland a laughing stock. Joh could do it with such dignity. Oh for a return to the glory days of Joh.” lamented an entire state.